Everybody knows that there are 24 hours in a day, 60 minutes in an hour, and 60 seconds in minute. But in 1793, the French smashed the old clock system in favor of French Revolutionary Time, which was a 10-hour day, with 100 minutes per hour, and 100 seconds per minute. This thoroughly modern system had a few practical benefits, chief among them being a simplified way to do time-related math. If we want to know when a day is 80% complete, decimal time simply says "at the end of the eighth hour," whereas standard time requires us to say "at 19 hours, 12 minutes." French Revolutionary Time was a more elegant solution to that math problem. The problem was that every living person already had a well-established way of telling the time, and old habits die hard! 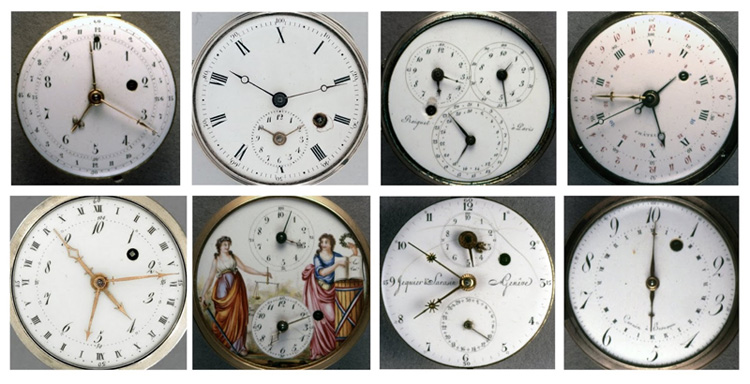 French Revolutionary Time officially began on November 24, 1793 although conceptual work around the system had been going on since the 1750s. The French manufactured clocks and watches showing both decimal time and standard time on their faces (allowing for both conversion and confusion). These clock faces were spectacularly weird. 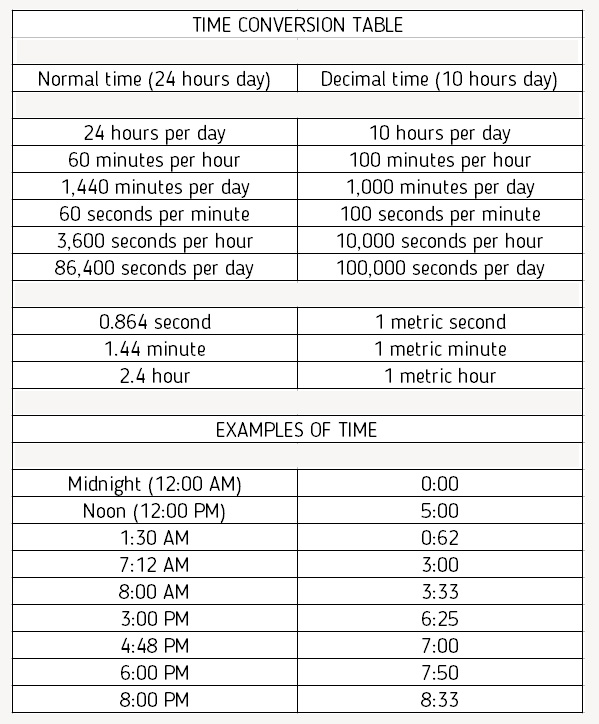 The system proved unpopular. People were unfamiliar with switching systems of time, and there were few practical reasons for non-mathematicians to change how they told time. (The same could not be said of the metric system of weights and measurements, which helped to standardize commerce; weights and measurements often differed in neighboring countries, but clocks generally did not.) Furthermore, replacing every clock and watch in the country was an expensive proposition. The French officially stopped using decimal time after just 17 months. French Revolutionary Time became non-mandatory starting on April 7, 1795. This didn't stop some areas of the country from continuing to observe decimal time, and a few decimal clocks remained in use for years afterwards, presumably leading to many missed appointments!

Some applications using decimal time are available in both Google Play and the Apple Store. For example, for Android - DecimalTime ; for Apple - DeciTime . 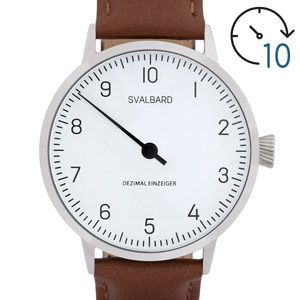 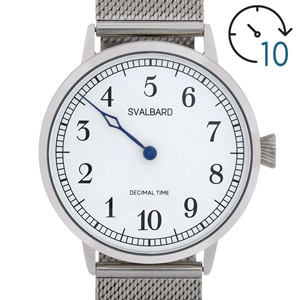 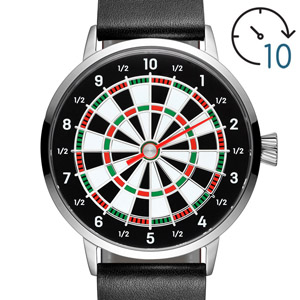 Images of decimal clocks and watches

DO YOU HAVE ANY QUESTION ABOUT THIS MODEL?

Don’t worry, there’s no such thing as a stupid question.